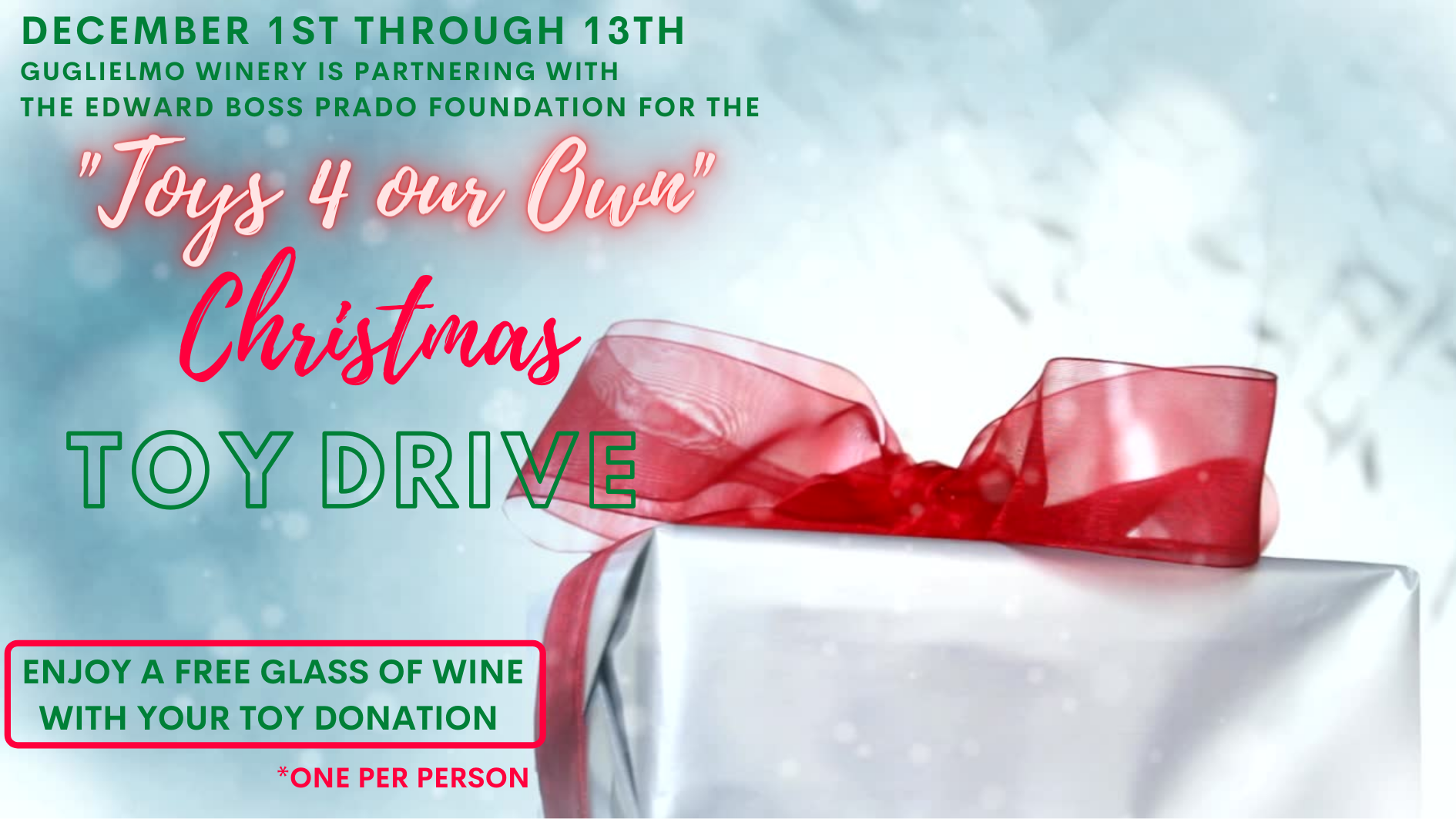 This holiday season, we are partnering with the Edward Boss Prado Foundation to collect toys for “Toys for Our Own.” If you bring in an unwrapped toy from December 1st through December 13th, you will receive a FREE glass of wine in exchange for your donation.  Limit one per person, thank you!

The Edward Boss Prado Foundation works relentlessly to empower people who are in need of resources that foster dignity and respect. Our Foundation focuses on partnerships, programs, and sponsorships that directly help families most in need in the South Santa Clara County area. The programs we provide fill a service gap to improve self-esteem and foster dignity and respect.  The mission of the Edward Boss Prado Foundation is to work with a relentless passion for empowering people who are in need with resources that foster dignity and respect. Established in 2013, the Foundation initially served the city of Morgan Hill and the boundary of the Morgan Hill Unified School District, which includes two (2) schools in South San Jose to the north and extends to San Martin at the southern boundary. In 2015, the Foundation began serving additional schools in Gilroy. This strategic plan envisions the entire South Santa Clara County area as the Foundation’s service area.